What Is Prozac (Fluoxetine)?

Prozac is an antidepressant that has long become a classic. An active component of Prozac is Fluoxetine, a substance that selectively inhibits the reuptake of serotonin. Fluoxetine almost doesn’t bind to other receptors, and in particular has no affinity to adrenergic, histamine, dopaminergic, and cholinergic receptors. Prozac enhances serotonin levels in the brain structures, which leads to the prolongation of the stimulating action of serotonin. It has a significant antidepressant effect, decreases anxiety, tension, improves mood, and helps reduce dysphoria.

Fluoxetine doesn’t toxically affect the myocardium, doesn’t have sedative activity on the body, and does not cause orthostatic hypotension. 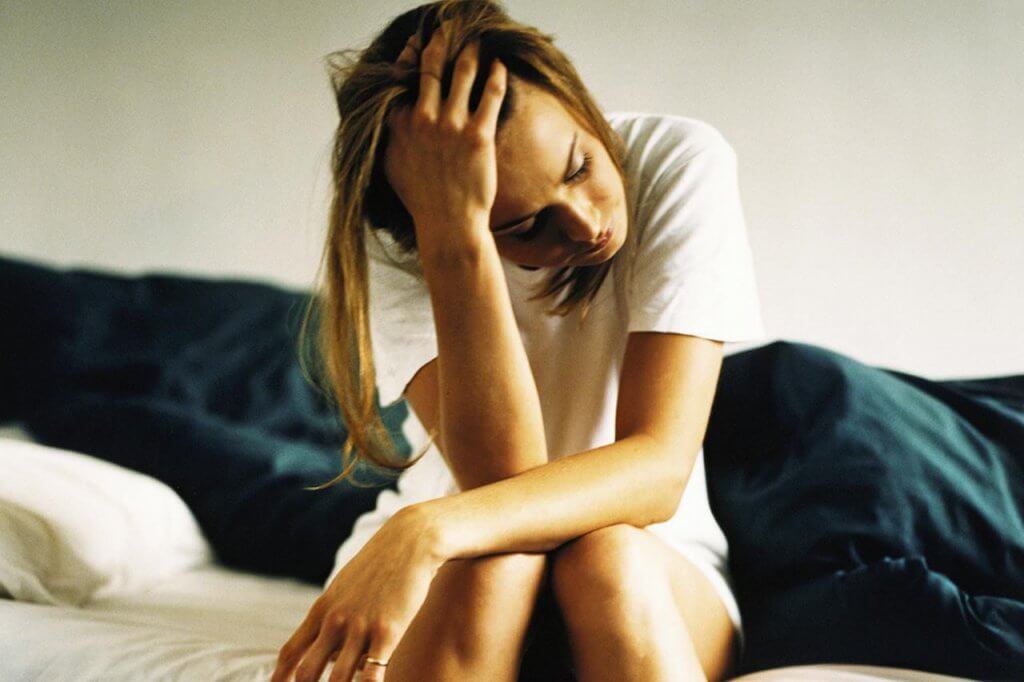 The main indications for the use of the drug include:

Caution should be exercised when assigning the drug to patients who had suicidal thoughts, or there is a risk of such phenomena. Especially at risk are patients who before taking fluoxetine had severe depression and suicidal ideation, as well as those who during therapy have deterioration in the development of depression and insomnia. In addition, the risk factors include the development of pronounced psychomotor agitation. In case of having any thoughts or feelings that cause anxiety, patients should consult a doctor immediately.

Precautions should be taken if patients suffer from diabetes, impaired kidney function, hepatic failure, and epilepsy. Elderly patients should also be cautious when taking Prozac.

Interactions of Prozac and other drugs may enhance the risk of serious side effects. It is necessary for the patients to share a complete list of all the medications they use with a doctor.

Prozac may remain in the body for many weeks after the intake of the last dose of the drug and can interact with many other drugs. Before using Prozac, patients must tell their doctor whether or not they have taken this medicine within the last five weeks.

What Drugs May Interact with Prozac?

The combination of fluoxetine with MAOIs can result in serious consequences (sometimes fatal). Patients should avoid taking linezolid, isocarboxazid, moclobemide, procarbazine, phenelzine, selegiline, rasagiline, and tranylcypromine together with fluoxetine. Most of MAO inhibitors are not to be taken for two weeks before and at least five weeks after the treatment with Prozac.

Simultaneous reception of Prozac and such drugs as pimozide and thioridazine may affect the heart rhythm.

Aspirin may also enhance the risk of bleeding when combined with Prozac. The exception is if the doctor has prescribed aspirin in low doses for the prevention of a heart attack or stroke.

The risk of serotonin syndrome increases when Prozac is taken together with drugs that increase serotonin levels. They include such antidepressants as duloxetine, paroxetine, venlafaxine, tryptophan, and others.

Patients should also tell their attending physician if they take other drugs that cause drowsiness, antihistamines (cetirizine and diphenhydramine), sleeping pills, drugs that reduce anxiety (alprazolam, diazepam, and zolpidem), narcotic pain relievers (codeine), and muscle relaxants. Patients should check all their medications for the content of the ingredients, which can cause drowsiness. Ask your doctor whether you can combine them with Prozac.

Before you start applying Prozac, you need to read the instructions carefully. If you have any questions, ask your doctor for clarification.

Usually, Prozac is taken orally one time a day in the morning. Only a doctor can recommend the increase in the dosage (two times a day). If patients take fluoxetine to treat premenstrual problems, the doctor may prescribe a daily intake of the drug for a month, or only two weeks prior to the first full day of menstruation.

The dosage of fluoxetine depends on the condition of the patient and response to therapy. To decrease the risk of side effects, patients may start treatment by getting a small dose of the drug gradually increasing it.

Patients need to carefully follow the doctor’s instructions to get the maximum effect. The drug must be taken regularly, preferably at the same time. It is important to continue taking the drug, even if it seems there are some improvements in the patient’s condition. It is not recommended to stop taking Prozac abruptly. The dosage should be gradually reduced. In any case, patients should not stop the use of fluoxetine without first consulting a doctor.

The first signs of improvement while taking Prozac can be seen within one to two weeks. The general course of the medication usually lasts from four to five weeks until the condition is stabilized. If you feel that your condition does not improve, be sure to tell your attending doctor.

The intake of Prozac may cause the following side effects:

If you have any of the symptoms mentioned above, tell your doctor. Many people taking Prozac do not have any side effects at all.

Patients should contact a doctor if they have a fast irregular heartbeat, cramps, changes in the color and quantity of urine, and faints. If patients suffer from diabetes, fluoxetine may affect blood sugar levels. You should always measure your blood sugar level in order to notice any possible changes. The doctor may choose a special diet and exercises to reduce side effects, which are caused by Prozac.

Prozac can also increase the amount of serotonin in the body and rarely cause such a serious condition called serotonin syndrome. The risk increases if patients take Prozac simultaneously with other drugs that can increase serotonin.

Prozac does not usually cause severe allergic reactions, but if your body reacts to the reception of the drug with rash, itching, or swelling (especially of the face, tongue, or throat), you should immediately seek medical attention. 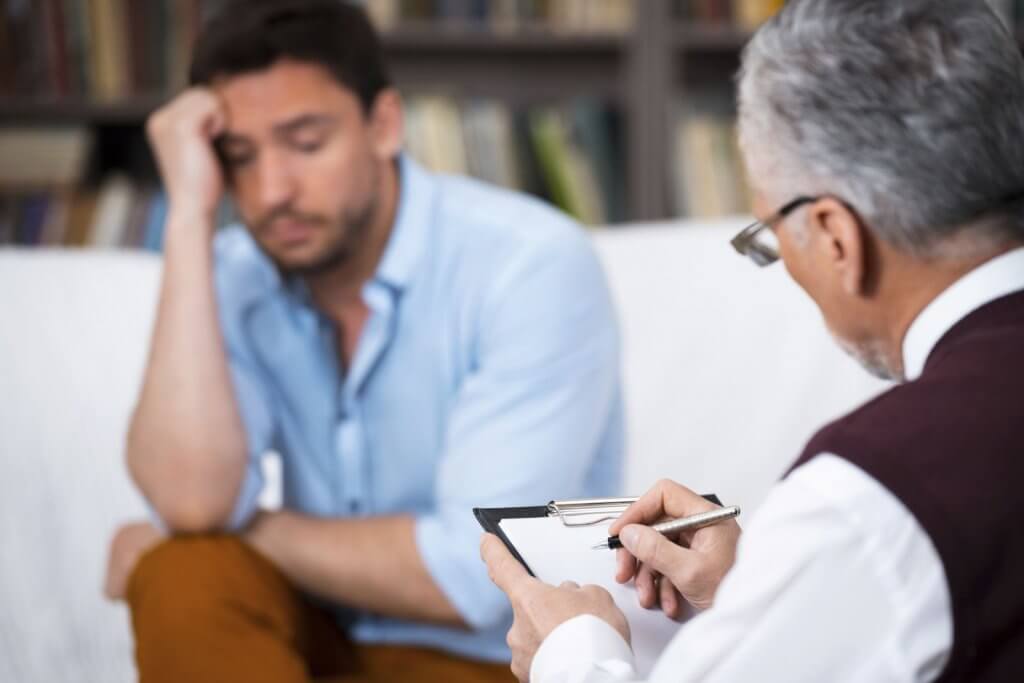 Prozac can cause dizziness and drowsiness. While using the drug, it is not recommended to drive a car, operate different mechanisms, or do the work that requires particular concentration. While taking fluoxetine patients should avoid drinking alcohol.

Prozac can also cause failures in heart rhythm condition (irregular heartbeat and other symptoms), as well as severe dizziness, and fainting. In this case, patients need to seek emergency medical care.

Prozac in the liquid form includes alcohol. It should be applied with caution in patients suffering from diabetes, liver diseases, or alcohol dependence. Some drugs, such as metronidazole and disulfiram, can lead to a serious reaction when used together with alcohol. Older people may be much more sensitive to the side effects, which might be caused by Prozac.

During pregnancy, Prozac can only be taken when it is really necessary. The drug can cause harm to an unborn baby. In addition, children born to mothers who took Prozac during the last three months of pregnancy may have withdrawal symptoms such as shortness of breath, convulsions, constant crying, or muscle stiffness. If you find any of these symptoms in your newborn, report it immediately to your doctor.

The drug can also get into breast milk, which also leads to negative consequences. If you are breastfeeding the baby, you should also consult your doctor about the advisability of taking Prozac.

In case of Prozac overdose, it necessary to urgently seek medical help. Symptoms of an overdose may include fainting or severe dizziness.

There were 633 reported cases of Prozac overdose. In 378 cases, there was a complete recovery, 15 patients had violations caused by high doses of fluoxetine, including nervousness, confusion, vertigo, hypertension, disorders of respiratory function, erectile dysfunction, as well as movement disorders, and hypomania. There are reported cases of death due to an overdose of fluoxetine.

Prozac should be kept at room temperature in a dark place, protected from moisture. Do not store this medicine in the bathroom. Keep Prozac out of reach of children and pets. Do not flush the drug down the toilet if the shelf life of the drug has expired.